My Cart (0) Total: £0.00
You have no items in your shopping cart.
Menu
Personal menu
My account
Filters
Search
Close
Menu
RSS

A perfect customised trophy can be many things, and of course, it depends on the client and budget which will help us determine the piece, having a great story and brand is a good start ...

Summer sports are round the corner ...

You would have thought Christmas would be our busiest time of year but it’s actually the months of May and June - We do more sales of trophies, awards, prizes & medals in these two months than in November/December which is pretty incredible given that we are a... 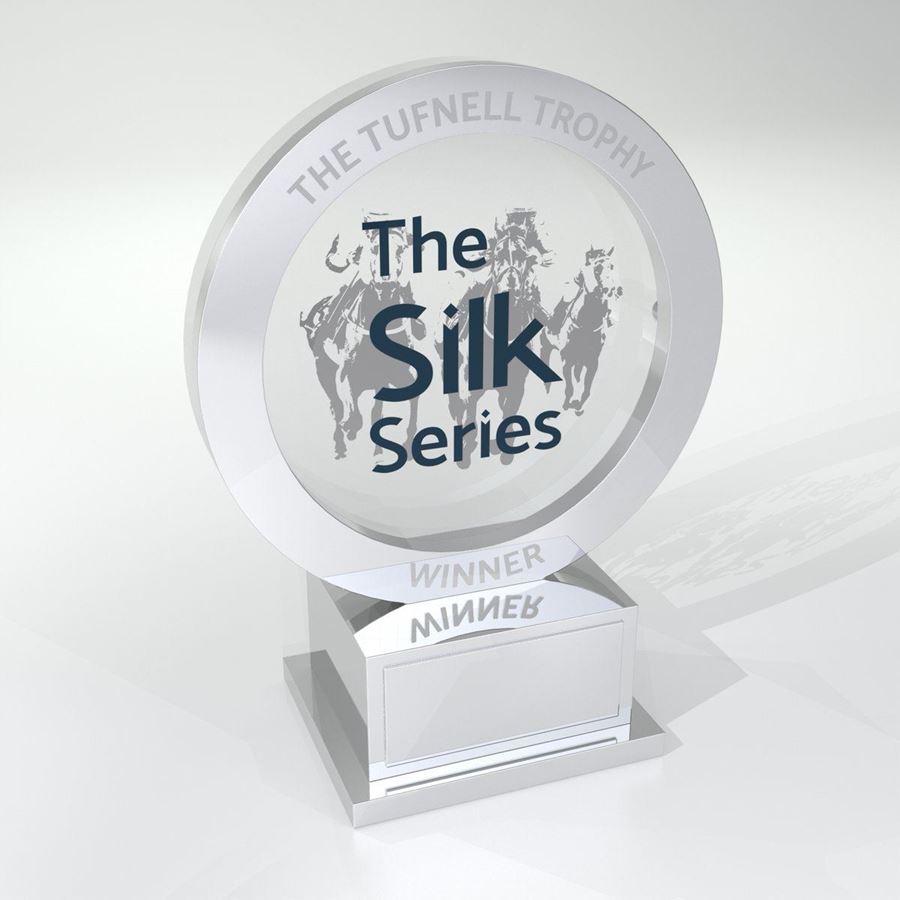 Ahead of the final of The Silk Series at Doncaster Racecourse on Thursday 14 September, Arena Racing Company are delighted to reveal the first images of the Tufnell Trophy, kindly designed and donated by Inkerman.

The trophy is named in honour of Meriel Tufnell, the winner of the first ever race for female jockeys in Britain in 1972. It is of a modern round design, with a racing motif, prominently featuring the Silk Series logo in silver and glass.

Jockeys are allocated points for their finishing position in each of The Silk Series races, which have taken place across Arena Racing Company Ladies’ Days across the summer. The jockey with the most points overall following the final race of the Series at Doncaster will be presented with the Tufnell Trophy by Wynne Tufnell, Meriel’s brother.

Wynne Tufnell commented, “Ahead of the final of The Silk Series next week, I’m absolutely delighted to see the Tufnell Trophy for the first time. I’d very much like to thank the team at Inkerman for designing such a fantastic piece that will be an excellent prize for the winning jockey.

“I know Meriel would be proud to have her name associated with such a prestigious award and hope that it will be a boost for the female jockeys competing for the prize.”

Sally Hindley, consultant at Inkerman said, “Inkerman are absolutely delighted to support The Silk Series in providing the Tufnell Trophy, which will be presented to the overall winner at Doncaster next week. It is an honour for us to create this piece that carries Meriel’s name, after she did so much to promote the skills of female jockeys throughout her life.

“Having ridden alongside Meriel in the seventies, I can tell you that there has always been incredibly highly skilled female jockeys in Britain, and personally I’m delighted to see them given opportunities like The Silk Series to help them progress in their careers”

The Silk Series looks to promote the achievements and offer opportunities to female flat jockeys across Britain. In addition, The Silk Series has been raising funds and awareness for Cancer Research UK, with 75 pence from all tickets sold to Ladies’ Day fixtures going to the charity.